The German alphabet consists of the twenty-six letters of the ISO basic Latin alphabet and four extra letters are ä, ö, ü and ß (extended latin alphabet). The pronunciation of of these four letters do not exist in the English language.

Many consonants are pronounced the same way in German and in English. When you see these letters f, h, k, l, m, n, p, t, x, pronounce them the way you do in English words. 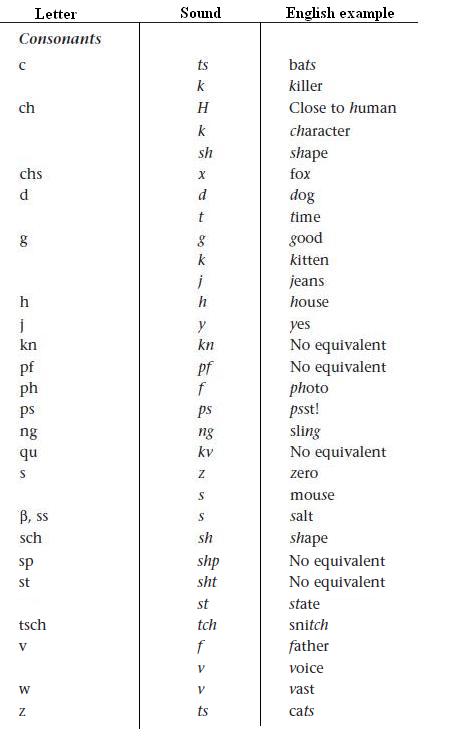 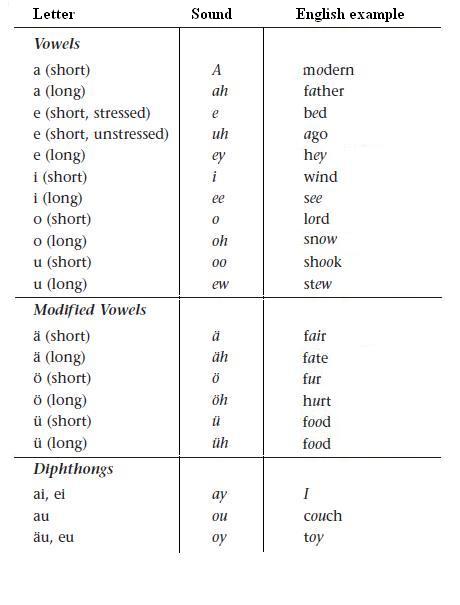